This book begins with a preface, which talks about the importance of seeking God. Coincidentally, we were talking this topic in our family devotions with Reheboam in 1 Chronicles 12! In this preface, A.W. Tozer states that the reason that people in the curch are not closer to God, and “hungry sheep are not fed”, is because people are not seeking God. I would agree. Instead of asking God to reveal himself, why do we not seek him ourselves? The rest of the book goes deeper into how and why to seek God.

Firstly, in order to seek God, you must first have a desire to seek him. How to achieve that desire? That desire can only come from God. This term is called “prevenient grace” by scholars, backed up by John 6:44: “No one can come to me unless the Father who sent me draws them.” (NIV) Prevenient meaning ‘previous’, as God is always previous our efforts to come to him. Next, our souls must seek him, and him only. Out souls must “pant for [him], as a deer pants for water” as David’s did in Psalm 42. The only way we can seek him with that passion is if we only have a desire for him, which is discussed more in the next chapter. Mr. Tozer asserts that we often seek God and something or someone else. That small “and” has a big impact on our faith. When we are distracted, we don’t see God as clearly. How, and the importance of having no “and” are discussed in the next chapter.

I love yogurt and it is not always the healthiest store-bought thing ever. So I looked up how to make homemade yogurt. I make it with my mom. I think it is VERY easy to make but needs to be watched lest it over flow and leave a very big hot mess ‘just for you’ to clean up 🙂 I will give mine and my mom’s recipe from scratch off the top of my mind. So…………..

Here is the BEST EVER Easy Homemade yogurt recipe:

1.Pour the milk in to a large saucepan.

2.When milk begins to bubble, let it bubble for about 30 more seconds and turn of immediately. DO NOT LET THE MILK OVERFLOW!!!!! If it starts to overflow as you turn it off, stir it with a spoon so it does NOT overflow.

4. Turn the oven off then put the yogurt in jars and cap them but not to tight(they should be on but be able to be pulled off without being twisted). Put the jars on a tin tray and put them in the off oven for 10-12 hours(or overnight).

As I might have told you, I play an instrument(Piano)

I recently was in a ‘young musician competition’ at my music school. I haven’t gotten my results yet. It was fun and a very good experience. I sometimes wonder why I ever chose piano of all instruments. My brother also plays piano.

Tell me in the comments!

Thanks for your feedback!(If any 🙂 )

I was interested in the Jimmy-John’s “Freaky Fast Delivery”. There are tons of ads about how fast Jimmy John’s can deliver. Once I was at a store and the owner of the store ordered a sandwich from the Jimmy John’s down the street. About HALF an hour or more later his sandwich came! “What happened to the Freaky Fast Delivery?” asked the owner of the store that I was at. “Sorry.” was all the man said. And guess what else? The Jimmy John’s was just around the corner!!!! “Jimmy John’s Freaky Slow Delivery.” said the owner. 🙂 Some people fool other people with exaggerating so everybody will come and buy the thing. I hope to be back soon!

One of my favorite foods: Salmon Patties! I LOVE salmon patties.

Here is the recipe:

Drain salmon; flake. Combine ingredients. Mix well. Form into 4 to 5 patties. Pan-fry in a small amount of vegetable oil(or any kind of oil, it does not have to be vegetable oil)until lightly browned on both sides.Use with rice or hamburger buns (we use rice). Top with condiments. Makes up to 4 to 5 servings.

Pot roast is so easy that I can make it. This IS the most delish and easy pot roast.

Set oven for 350. Put defrosted chuck roast in glass dish and pour cream of mushroom and chicken on top. Add the potatoes, carrots, celery and onions. Then add the salt and pepper. Cover with foil and put in oven for about 1 hour. When the roast is ready, set to rest for 5 minuets until cool. Serve and eat!

This meal is the most Delish meal EVER.Please try it you will love it

My little baby brother who is 1 (about to be 2), is learning to potty train!

4 tips to potty training that I learned:

1. To make the baby practice to pee/poo in the potty, give the baby juice or water to make him go potty more often.

2. Congratulate the baby when he goes pee/poo in the potty.

3. Don’t yell at the baby when he has accidents because that is why you have to train him.

4. If the baby is sitting on the potty and not doing anything, read him/give him some books.

This will take a few days to potty train the baby so do not expect him to know how to pee/poo in the potty after one day.

Here is a funny story about after you potty train a baby:

Once my mom was at Target and she had to go to the bathroom so she took one of us (My mom could not remember which kid it was) and went to the bathroom.  Now in one of my tips, I said to congratulate the baby after he/she goes to the potty. So after she went pee, the kid clapped and said “yay! “Mommy went pee pee in the potty!”

My mom thought it was so funny. Use these tips for your child!

Do you like movies?  Well, I do.  I guess everybody does.  I have to admit my favorite movie would be one of Sherwood church movies.  Here are the movies: (these are not in order of when they made)

In six years of coaching, Grant Taylor has never led his Shiloh Eagles to a winning season. After learning that he and his wife Brooke face infertility, Grant discovers that a group of fathers are secretly organizing to have him dismissed as head coach. Devastated by his circumstances, he cries out to God in desperation. When Grant receives a message from an unexpected visitor, he searches for a stronger purpose for his football team. He dares to challenge his players to believe God for the impossible on and off the field. When faced with unbelievable odds, the Eagles must step up to their greatest test of strength and courage. This movie is about courage.

Lt. Caleb Holt lives by the old firefighter’s adage: Never leave your partner behind. Inside burning buildings, it’s his natural instinct. In the cooling embers of his marriage, it’s another story. After a decade of marriage, Caleb and Catherine Holt have drifted so far apart that they are ready to move on without each other. Yet as they prepare to enter divorce proceedings, Caleb’s dad asks his son to try an experiment: The Love Dare. While hoping The Love Dare has nothing to do with his parents’ newfound faith, Caleb commits to the challenge. But can he attempt to love his wife while avoiding God’s love for him? Will he be able to demonstrate love over and over again to a person that’s no longer receptive to his love? Or is this just another marriage destined to go up in smoke?

A changing movie.  I must have cried tons of times. This movie is about fathering. Four men, one calling: To serve and protect. As law enforcement officers, Adam Mitchell, Nathan Hayes, David Thomson, and Shane Fuller are confident and focused. Yet at the end of the day, they face a challenge that none of them are truly prepared to tackle: fatherhood. While they consistently give their best on the job, good enough seems to be all they can muster as dads. But they’re quickly discovering that their standard is missing the mark. When tragedy hits home, these men are left wrestling with their hopes, their fears, their faith, and their fathering. Can a newfound urgency help these dads draw closer to God … and to their children?

Jay Austin wants to sell used cars in the worst way … and that’s exactly how he does business at his dealership. Promising much more than he can ever deliver, he’ll do whatever it takes to sell a car. His manipulative ways permeate all of his relationships—even his wife and son know they can’t trust him.

But as Jay works on restoring a classic convertible, he begins to see that God is working on restoring him as well. Coming face-to-face with the reality of how he truly conducts himself, Jay Austin begins the ride of his life as he commits to honoring God with his business, his relationships, and his life!

Flywheel is the first movie produced by Sherwood Pictures.

You can watch these movies and rate them by commenting. 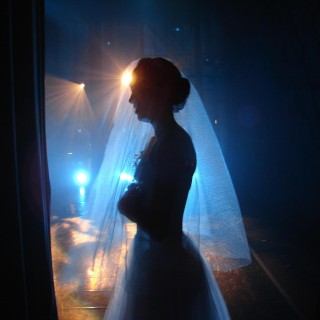